Time for a drop of Apple?

At the Costume Institute within The Metropolitan Museum Of Art, Anna Wintour is preparing for a new exhibition that will open in May 2016. Amongst the exhibitors will be some of the world’s most luxurious brands including Chanel, Hermès, Louis Vuitton and Dior. However there will also be a technology brand amongst them – Apple, The exhibition is called “Manus x Machina: Fashion in an Age of Technology” which is trying to make the point that avant-garde designs can result from both craftsmanship and automation alike. Or as Apple’s Chief Design Officer Jonathan Ive says “It’s a completely false notion that there is inherent value in what is made by hand, or an inherent lack of value in what is made by machine…” It doesn’t take more than a couple of seconds to understand why Apple are backing this exhibition considering the amount of cash they are riding on the Apple Watch. But, for a couple of minutes, let’s look at that quote from Jonathan Ive, and pretend for a moment he’s referring to the drinks industry… Pick up a typical bottle of alcohol in the supermarket and, predictably, the design will feature its history. Brace yourself for ‘bottle bingo’ with words like ‘crafted’, ‘artisan’, ‘handmade’, ‘heritage’ and the like. Each hark back to a time when drinks were made by hand locally, with skill and love by artisans. A territory that has been grabbed, and rinsed to death, by the craft drinks movement all around the world with great success. So, as mainstream alcoholic brands are being out-flanked by the craft movement, rather than pretend they are a ‘craft’ drink, could there be an opportunity (dare I even say it) to embrace modernity?

Inspired by “Manus x Machina” could a drinks brand embrace the fact that their product is made by passionate engineers with ultra high tech technology, rather than bearded brewers in check shirts sniffing a handful of hops. Taking a look outside the drinks industry, you wouldn’t buy a car from Ford that said they still use the same techniques to make today’s cars, as they did in 1903. Nor would you buy paracetamol from GSK if they told you they still used the same process as they did in 1820. Hats off to the hair care category who now extensively employ this modern, science-based strategy. Could alcohol be next?How bold would it be for a drinks brand to say for example “Not one drop of our drinks is made by hand, we care too much about quality to leave it to hands.” An acquaintance once told me never to use Apple as an example in front of clients because Apple is an anomaly and therefore lacks any credibility in the boardroom. Although I have ignored this advice on this occasion, let us for a moment look to other industries. 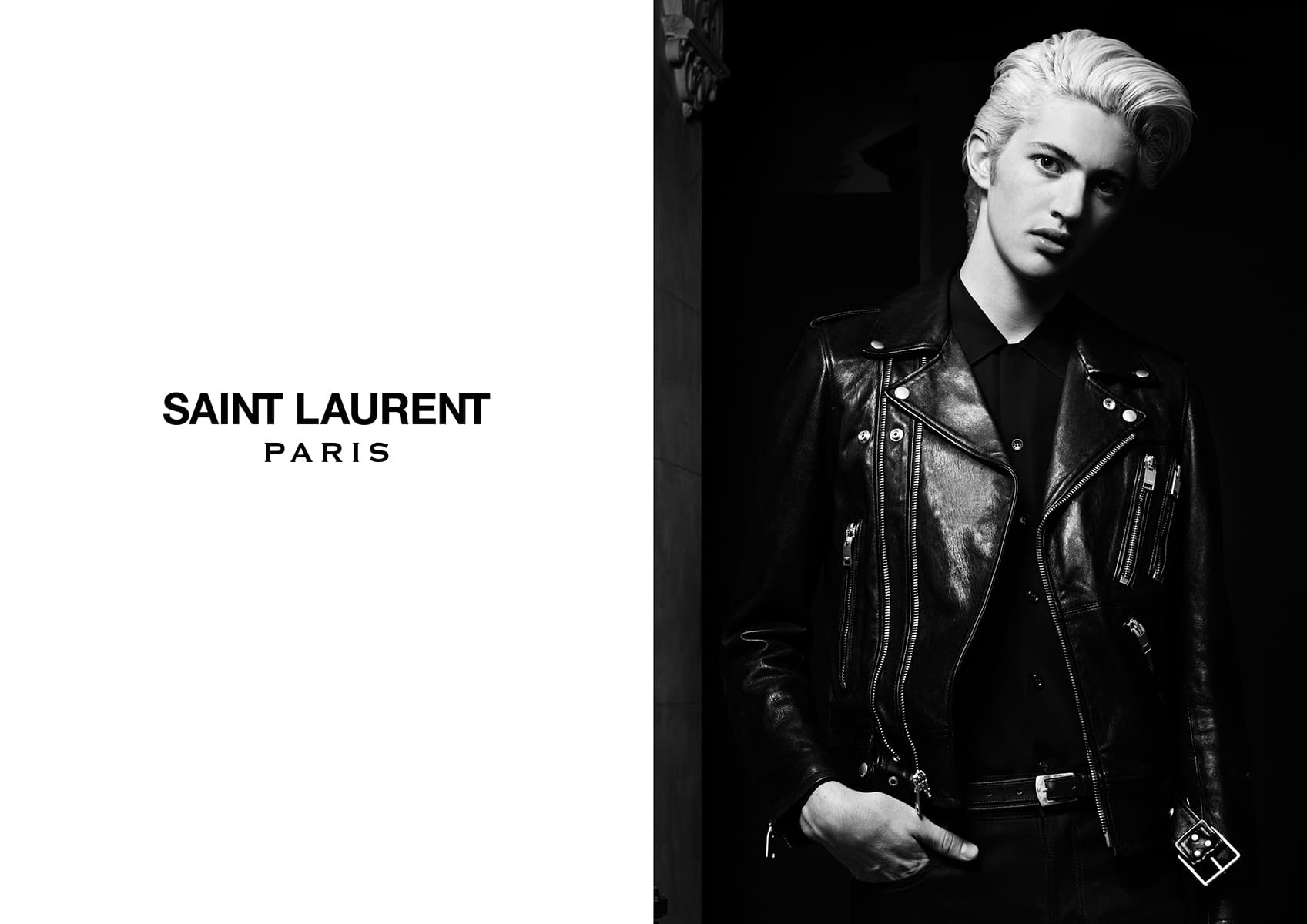 Moving from California to Paris, Hedi Slimane has taken the reins at Yves Saint Laurent. Along with every other established Parisian fashion house, YSL had been resting firmly on its heritage and the story of its founder Yves for decades. Hedi Slimane doesn’t do mediocre, so the first thing he did was pull out his scissors and cut out the ‘Yves’, changing the name to ‘Saint Laurent’ and thus severing 50 years of history in 4 letters. As a result, their profits have doubled over the past 3 years, with 2014 sales alone up 27%, all against an overall downward trend in the market. I will skim briefly over the raft of evidence showing that today’s millennial global consumers desire modernity in the brands they want to be seen with, no more zealously than Asia. Suffice to say, for every Chinese twenty-something who is interested in the heritage of the vodka they buy, there are many more who would like their vodka to have a drop of Apple. Albert Einstein famously wrote “Insanity is doing the same thing over and over and expecting different results.” Hedi Slimane instinctively knew this, made a radical move to embrace modernity and was rewarded with radically greater profits. The same opportunities exist in the drinks category, the big question is who is ready to look and leap?